You know when you’re trying to stop the water from being drained, so you plug the sink with the sink stopper, but it gets stuck. Sucks, doesn’t it? You aren’t the only one facing this issue, and it is something that we just had to address.

Bathroom stoppers or sink stoppers are a blessing when it comes to draining and keeping the sink clean. But when it gets stuck in a position, it can be a pain in the butt. If it gets stuck while being open or half-open, it isn’t that big of a deal.

But when it’s stuck while being closed? That’s when you know you have to learn how to replace bathroom sink stopper. Because now you NEED to remove it and replace it, as this isn’t the only time it’ll happen. Unless you fix it now, you’re doomed to bear with a stuck stopper.

How to Pop up Bathroom Sink Stopper?

You might be wondering, “how do I pop the stopper up?” Well, there are two answers to that. But let us ask you one question, is it stuck? Yeah, we are assuming it is, so here are our explanations.

Press It and Let It Pop Up When It’s Okay

In case you are having trouble popping it open when it is still fine, just press it and let it pop up on its own. If you are not familiar with pop-up stoppers, just know it isn’t always stuck. If you press it and it pops up, it is fine. But if it doesn’t, move on to the next point.

What to Do When It’s Stuck?

The only thing we can suggest for when it is completely stuck is to remove it from below. Continuously pushing and pressing may not help much. Although sometimes when it isn’t fully stuck but rather slightly jammed, pressing it a few times might help.

How Do You Remove Bathroom Sink Stopper?

So you can’t find a way to simply pop it back up? Well, by following the next 3 easy steps, you can remove the stopper and either clean it, fix it, and put it back in, or just replace it- your wish.

First, you have to remove everything that is underneath the sink. After that, you are going to have to locate a horizontal-looking plunger rod. Use a flashlight to see clearer and find the rod that is connected to a strap. The strap is supposed to be vertical.

Identify the Clip Attached to the Rod and Strap

After you have found the rod and the strap, there should be a clip attaching the two. This metal clip needs to be removed and kept away for later.

There should be a pivot nut that is attached to the strap. You are going to have to unscrew this nut and remove it. Mind you, when you remove the nut, some water might come down the pipe, so be prepared with a bucket or something beforehand.

Loosen the pivot nut with the bucket ready so that it catches the water, and you can remove the nut easily. Use pliers or wrenches for this task.

Due to removing the pivot nut, you can now easily remove the stopper from the sink. You can use your hands for this, but we recommend wearing a rubber glove, as some debris might come up along with the stopper.

Chances are high that the stopper was stuck because of this debris, so you want to do some clean-up afterward just to maintain hygiene.

How to Replace Bathroom Stopper?

Now that you know how to remove the stopped, let us talk about how you can replace it and attach a new one in its place.

We aren’t going to repeat the whole process, as we just explained all above. Follow the steps mentioned above and remove the stopper first. You need to remember exactly which parts you removed and how you removed them while taking the stopper off.

This will help you put things back together when you attach the new stopper in its place. So memorize the sequence and process properly while removing the sink’s old stopper.

As we mentioned earlier, there is a very high chance the sink is a bit clogged due to globs of hair and/or gunk from soap, dead skin flakes, etc. You will see it when removing the stopper from the sink.

Now before you go ahead and replace it already, you need to do some clean-up. This will help keep the new stopped from getting clogged again and saving you from repeating this whole process all over again in a couple of weeks.

To clean the stopper up, you will need to wear rubber gloves and maybe keep a cleaning brush with you. You can also use old toothbrushes to clean it.

While you’re at it, clean the drainpipe a bit too, just to ensure the new stopper doesn’t get clogged so soon.

Get Your New Stopper and Attach It

We hope you remembered how you disconnected the strap and plunger rod. And how you need to screw the pivot nut back in.

Purchase a new stopper that is specifically meant for your sink. Make sure it is the right size and fits it correctly to avoid size issues. Actually, buy matching parts for everything that you end up replacing, like the nuts and bolts too.

After cleaning everything up, put the sink stopper into the hole it is supposed to go in. And then, go on to screwing the pivot nut back in place and tighten it firmly. Use pliers or wrenches for tightening it.

Then reattach the horizontal rod to the strap and put the clip back on. Put everything back the way they initially were and move on to test the stopper if it is working properly or not.

While following the above steps should allow you to conveniently replace your sink stopper, we have a few more pieces of advice for you. Some things you should keep in mind while doing all of this are:

If you made it to the end of this article, we believe that you now know how to replace bathroom stopper. Follow our tips and suggestions to ensure that you don’t end up breaking your sink or causing even more problems.

If you are really struggling to fix the stopper issue, we recommend leaving it and asking a professional plumber for help. You don’t want to mess up your plumbing because you couldn’t successfully replace the sink stopper. Anyway, have a good one! 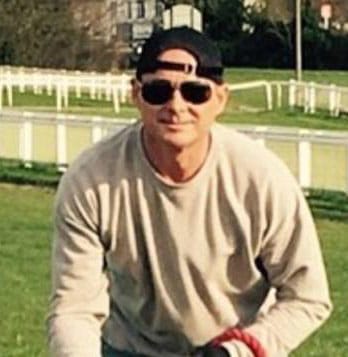